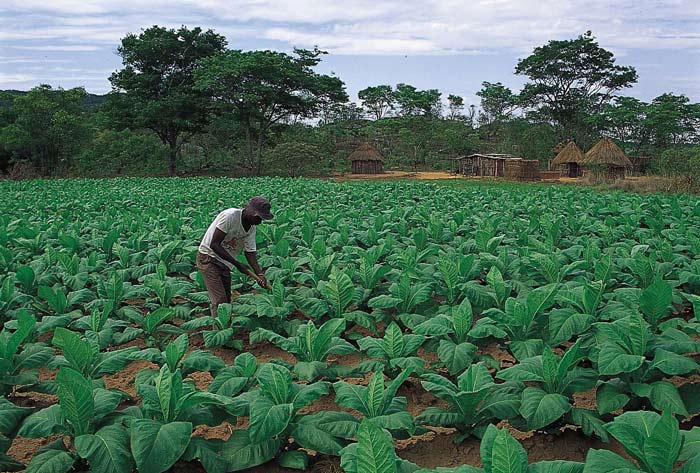 Agriculture is the backbone of Zimbabwe’s economy and will continue to be so in the foreseeable future. Although agriculture contributes only 11-14 percent of GDP, the sector provides employment for some 70 percent of the population, and about 60 percent of all raw materials for the industry. About 45 percent of the country’s exports are of an agricultural origin.
While most rain falls during summer months (November to March), some parts of the country, particularly in the Eastern Highlands, receive some rain during the winter months. A considerable potential exists for the production of irrigated crops during dry months in areas where stored water supplies are available.
Recent droughts have caused the agricultural sector to experience crop failure and livestock losses, this greatly undermines the national herd which now stands at 4,9 million, a figure well below the pre-drought period.
Here is investment potential in the following areas:
Citrus fruit production and processing
About 6000 hectares are under citrus cultivation in Zimbabwe. Citrus fruits grown include grape fruits, lemons, naartijies, nectarines and oranges. Types of oranges grown are in line with what the consumers want, which is a fruit of the right size, colour which must be orange, skin texture and good external and internal qualities.
Mushroom production and processing
Potential export markets for Zimbabwean mushroom include Japan, SA, France, Italy, Germany and the USA.
Soya bean production and processing
In Zimbabwe Soya beans contribute 30 % of all the cooking oil production while cotton seed contributes 50%.
Tea and coffee production and processing
Tea is one crop that can be grown on a very small scale because of the nature of production and its resistance to pests and diseases. Some farmers even plant it at the backyard of their homes.
Floriculture

Zimbabwe is the second largest producer in Africa after Kenya and is the fifth producer in the world. There is potential to expand the industry. This is based on the fact that the industry produces the cheapest flowers in Africa due to cost -effective production; the market for the produce is available as shown by huge European demand .

Pig industry is comprised of both small-scale and large scale pig producers who breed their own pigs and fatten them up to slaughter stage. Zimbabwe has excellent agriculture conditions in terms of weather and also logistical support through the Pig industry board which allows for the competitive production of pigs.
Dairy production and processing
Zimbabwe is the second country after South Africa with an organised dairy industry in Africa.Dairy Board Zimbabwe and new players such as Alpha Omega dairies provide a ready market for milk and its by products.